Does Your DAM JIVE? 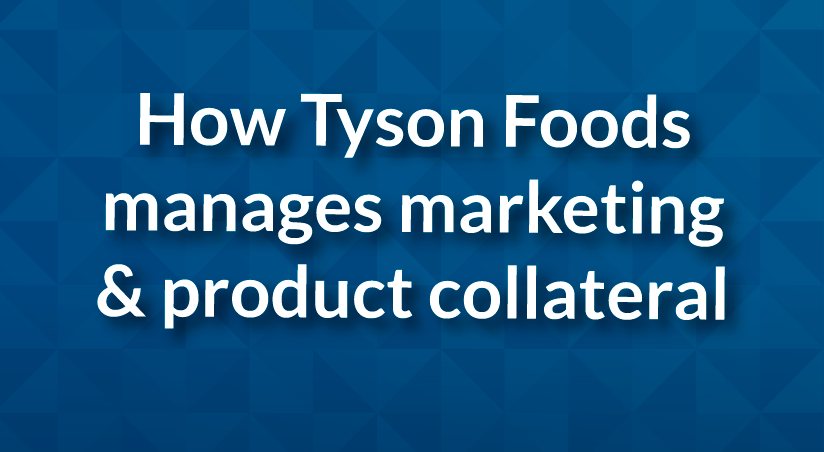 Tyson Foods, Inc. recently implemented their digital asset management (DAM) system with the codename Jive. It has improved their digital asset process so much, they made a video about it! Tyson’s Associate Digital Asset Manager, Gil Comeaux, shared his story with MediaBeacon Director of Marketing, Julian Salazar. 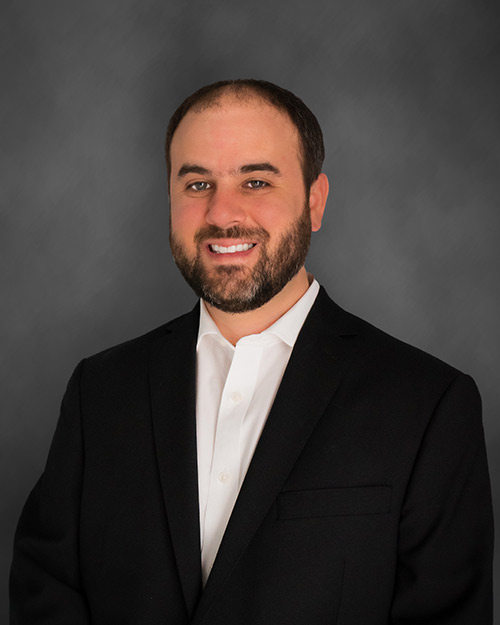 Gil Comeaux is the Associate Digital Asset Manager at Tyson Foods. With over 13 years of experience in IT, Multimedia and Technical roles, Gil is blazing new trails for Tyson Foods’ Digital Asset Management Solution. In the DAM capacity, Gil’s responsibilities include cataloging and curating an enterprise-wide repository of assets, establishing Usage and Governance policies, optimizing and enhancing the system, and refining the end-user experience. Gil is an amateur photographer, musician, and avid cyclist.

Salazar:
Good Afternoon, Gil. Thanks for joining us. You’ve been very busy lately, rolling out the Tyson DAM, speaking at Henry Stewart, and providing thought leadership to industry publications. You’ve become an advocate for DAM and an expert in the industry. So, why do you think digital asset management (DAM) is an essential technology for today’s brands?

Comeaux:
Managing images and the flow of assets from creation to consumption – that’s vital.

We’ve been thinking about this technology for a long time and the most basic thesis goes something like this: Our IT organization has thousands of laptop computers and let’s say they are $1,000 apiece. Each one of those computers has a serial number and a lifecycle so after 4 or 5 years, you will get a new computer. We have a tracking system where we know the lifecycle and the value of the laptops. So, now let’s say we spend $3,000-4,000 to create an image of a product. What happens if you don’t have an intuitive system to find the assets for re-use or a way of keeping track of the value of those assets? You could potentially pay twice for the shot that could have been re-used if you had a DAM system.

How Does Tyson Jive with DAM?

Salazar:
You recently implemented your DAM under the codename Jive and it has worked tremendously well for you. What was life like before and after Jive for Tyson?

Comeaux:
What’s interesting is that we got a taste of what life was like before Jive as we were about to launch. My coworker is on the Packaging Production team. She was looking for a specific image for a package that needed to go out to press. From three o’clock until five o’clock that afternoon, she looked for the image and finally found it. The next morning, she came in and said, “Hey Gil, I need to see if you can find this image,” and gave me the brand and description. Right when I typed it in and hit enter, she said, “There it is!” The search time went from two hours to two seconds, or as long as it took me to type it in and hit enter.

Another example is from a team member on the Packaging Design team. Every year he puts together a presentation for a conference that is a big deal in the food industry. He typically spends two weeks gathering content, writing, and finding everything from different repositories. This year he finished the project in three days as opposed to two weeks.

Those are just two examples that show the efficiency that this system is driving. Now we have a central source of truth for our assets where we can search on numerous different facets and attributes. The efficiency increase that we are seeing is amazing.

How to Drive User Adoption

Salazar:
That’s incredible. Those are great examples of how quickly DAM made an impact for your team. So how did you roll out Jive to your users to make sure they understood how to benefit from the system?

Comeaux:
We started with a small beta test group of just five or ten users and we developed a working relationship with those users. We were communicating with them on a regular basis and made them feel comfortable so they could reach out to us at any time.

From there, we engaged a user acceptance testing group of around 30 people. Without any knowledge of the system, the users were tasked with finding assets in real-world scenarios such as finding a package of one of our products. The point of the exercise was to see how intuitive the system was right off the bat to someone who had never seen it before and to see how well our real-world examples translated into finding assets in the system.

At that point, we engaged our immediate marketing group and packaging group because we knew we had an integration coming up with our packaging workflow. We probably had around 100 users at that point.

From there, we formally released to our sales team and that’s we are we are right now. Currently we have about 500 users with the capacity for 1,500 users.

Salazar:
How do you plan to scale up to 1,500 users in Jive in the coming months?

Comeaux:
We feel great about the method we used to rollout and believe that we have a good onboarding model with some experience to draw from. We have a process in place that enables us to specifically target an email to a business unit with an announcement that generates interest in Jive. The announcement directs the users to the formal application request system. When we receive the request, we send them an onboarding email which provides the link to Jive. Users then login with their normal Tyson credentials and search for the training video that gets them started. We don’t usually hear from them again unless there is a problem or they want some advanced functionality. It’s that intuitive.

Salazar:
You recently released the Jive World Premier Video, which has produced a lot of good traction. Can you elaborate on how your team went about making the video?

Comeaux:
We were going for something powerful in plain words that drove home the idea and over-dramatized it. I knew I was going to be in it and have a little bit of say, but I had no idea I was going to be the lead. We were anticipating a three-minute video, but we started shooting and it was pretty open-ended. It turns out that over the course of two days the production team had all this footage and it ended up being six minutes, double the length of intention.

I think it was kind of the point to over-dramatize it and it just turned out great. We have gotten so much more traction out of it than what was originally intended because it has really driven awareness of DAM. People who have seen it automatically get it and are able to relate to it in almost any job function that they’re in.

Salazar:
The content is fantastic and really brings to life the challenges of managing digital assets. Was this an aha! moment for those in your organization and at Henry Stewart New York who were unfamiliar with DAM technology?

Comeaux:
Exactly. The point of the video was to drive awareness and adoption. It was kind of cool walking through the halls in NYC and having people stopping me and saying, “oh you’re the dude from the video.” The bigger point of it was that it drove so many conversations. People were excited and thought it was funny but I had so many great interactions. It has really gone above and beyond what I thought was going to happen.

How to Begin the DAM Journey

Salazar:
When was the first time you were tasked with the objective to look for the right technology to deliver on all the great ideas Tyson had about DAM?

Comeaux:
The first time I ever heard the phrase digital asset management was in February of last year so I never even realized this industry existed.

I consider myself to be a technical person but I also have some sales experience and can talk to people. To stand up a successful DAM with limited knowledge, you need to have that marriage of skills. When I read the job opening I was extremely excited about it. I had no idea what a taxonomy was in relation to technology, I heard that term in 8th grade biology for classifying the species! I’ve only been in DAM for over a year so I’m brand new to it but I’m really drawing from both sides of my background to help implement the system. From what I understand, we rolled it out in record time. We implemented it in nine months: from inception to standing up across the enterprise.

Salazar:
What is your advice to someone who is in the process of implementing a new DAM or replacing their existing one? Where should they start to evaluate the market?

Comeaux:
The first thing you need to do is google DAM. Do that to understand what it is, what the acronym is. Second, sign up for the first sessions of a Henry Stewart event. It’s funny, when I went to Henry Stewart DAM LA last November, I was about eight months into DAM and I thought I was going to be the greenest person there. But there were people at Henry Stewart just to choose a DAM and I realized that I had some knowledge and could actually help people. That was a great eye-opening experience and can always be a valuable resource. I would highly recommend attending a Henry Stewart conference. There are also vendor agnostic DAM articles and blogs, Forrester and The Real Story Group, as well as other referral organizations.

DAM and the Digital Maturity Model

Salazar:
And as other technologies evolve, it drives even more value and efficiencies. We recently came out with a Digital Maturity Model that explains the different levels that companies go through as they organize, digitize, and connect their digital systems and the competencies they can gain through maturity. When you look at the Digital Maturity Model, where do you think your asset management processes and capabilities are on that journey now that you have implemented JIVE?

Comeaux:
I believe we fall into the Digitized Level in the Digital Maturity Model. We are currently in the process of interconnecting systems such as PIM, EIM, Master Data and others. Incorporating these systems into our Digital Asset Management ecosystem will help us increase speed and efficiencies as well as automate more tasks. Since implementing JIVE, we have seen efficiency increases. In order to get to the Connected Level of the model, we are working to streamline and automate workflows to decrease the amount of time spent navigating various systems.