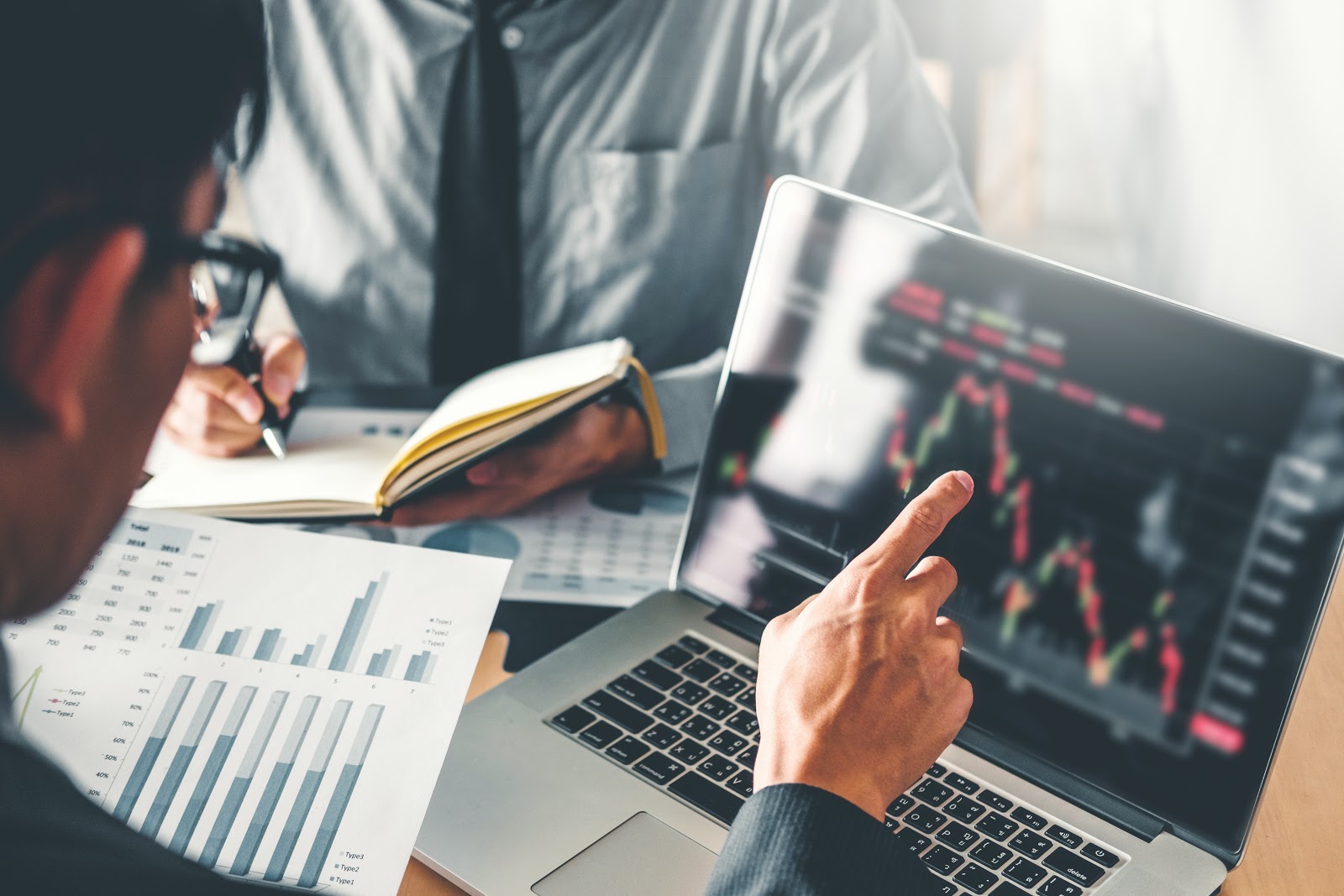 For many companies, expanding internationally is a huge goal. To be able to grow a brand outside of the initial country opens up the opportunity for increasing sales by entering untapped markets who are looking for exactly what a company is selling.

For company’s who have successfully expanded internationally, the rewards are plentiful. For example, Lego — which is a Danish company — came to the United States in the 70s. Since their expansion, they have become one of the United States’s most beloved toys, reaching nearly 10% of the toy market share in 2018 (good enough for third overall, behind Hasbro and Mattel).

But, not all international expansions go smoothly.

If a business is not careful and doesn’t do their due diligence, their marketing messages may be lost in translation. Or, if they don’t take the time to incorporate some in-depth market research into their expansion strategies, they may end up losing money instead of making money.

Here are some examples of companies that failed internationally due to a lack of social understanding and an in-depth breakdown of what really went wrong.

Walmart in Japan and Their Failure to Differentiate

In 2018, Walmart brought in more than $500 billion in sales globally. Not surprisingly, 3/4 of those sales came from the U.S.

But, overseas — particularly in Japan — things are not going so well for the American retail giant.

Recent reports have shown that Walmart may be looking to exit Japan nearly 17 years after its initial expansion into the Japanese market. This expansion involved purchasing a minority stake in Seiyu — a Japanese grocery store — in 2002, which then turned into a fully-owned subsidiary in 2008. Like Walmart, Seiyu uses the “Everyday Low Prices” mantra to market to their consumers.

In between then and now, not much has gone right for Walmart in Japan. Aeon, the top supermarket in Japan, owns 45% of the market share. Meanwhile, Walmart’s Seiyu sits at 12%.

That may not sound terrible, but to put it into perspective, let’s compare it to another U.S. supermarket that has expanded into Japan with much more success — Costco.

So, what went wrong exactly?

Well, the low price strategy that both Walmart and Seiyu abide by is not nearly as effective in Japan as it is in the United States.

While consumers in the U.S. appreciate the convenience of being able to find great deals at one central location, Japan consumers are not as concerned with this convenience, making it less of a differentiator in the Japanese market.

Michelle Grant, the Head of Retailing at Euromonitor International, outlines this issue in a CNBC video, titled “Why Walmart is Failing in Japan.”

In the video, Grant describes how Japanese consumers “enjoy the treasure hunt of pricing” and will go to multiple stores while shopping in search of the best deals. Also, as this Bloomberg Businessweek article points out, Japanese consumers often associate low prices with cheap quality.

In addition to all of that, Japan’s retail market was already so congested with everything from your stereotypical supermarket to online retailers and mom-and-pop shops by the time Walmart expanded into that region.

Now, this doesn’t mean that the barriers to entry were impenetrable. It just means that  to enter that market, you need to have a strong differentiator that was effective to the market. This was something that Costco did well, while Seiyu failed.

Japanese consumers typically aren’t used to shopping in bulk, so going to Costco offers them a totally new shopping experience. Meanwhile, Seiyu was no different than any other supermarket that Japanese consumers were already familiar with.

Last, Walmart also failed to recognize that Japanese consumers enjoy fresh, locally sourced food — which is something Seiyu does not offer a lot of.

It remains to be seen whether Walmart will be able to turn it around or if they’ll ultimately end up selling Seiyu. But, one thing is certain, the U.S. supermarket’s lack of understanding their consumers in Japan has set them pretty far back.

Home Depot in China and the DIY Attitude

Home Depot is known as the place to go for those who embody the DIY mindset when it comes to home improvement.

In the late 20th century, China started to commercialize and privatize urban public housing to encourage homeownership. For the first time since the 40s, Chinese citizens could own homes.

Up until this point, Home Depot didn’t even think about expanding to China. But, as more and more Chinese citizens started to own homes, the demand for home improvement and construction materials boomed. As a result, Home Depot acquired Home Way in 2006.

Unfortunately, in 2012, Home Depot closed all its Home Way stores and left the market.

So, why the quick exit from the Chinese market for Home Depot?

The problems they encountered — as laid out in another CNBC video — can be boiled down to two main issues.

First, the Home Way stores were predominantly located in Chinese suburbs. While being located in the suburbs makes sense in the U.S. — as this is where people tend to move when they gain wealth — this is not the case in China.

Chinese citizens who acquire wealth will typically stay in the cities and live in apartments or condominiums, which typically don’t require the need for renovations.

Home Depot took their time when it came to deciding whether or not to enter the Chinese market. However, it seems they still lacked the proper amount of preparation and social understanding it takes to successfully navigate a new and foreign market.

Starbucks in the Land Down Under and the Importance of Originality

From its humble roots in Seattle to becoming one of the largest coffee giants in the world, Starbucks is one of the most successful coffee chains out there today.

In the U.S., it reigns supreme. Look no further than its heavy presence in our pop culture and movies as an indication that it is a staple of American society. But, it’s also a world leader in coffee sales, with nearly 30,000 stores worldwide.

After its initial success in international markets, Starbucks decided to expand to Australia — opening up their first shop in Sydney in 2000. By 2008, there were over 87 Starbucks locations throughout Australia.

Despite this growth, things were not going so well for America’s favorite coffee in the Land Down Under. Early on in their Australian endeavors, Starbucks reported $105 million in losses.

But why was Starbucks expansion into Australia so different than the other international markets it had entered? What exactly went wrong?

The biggest mistake that Starbucks made when they decided to move into Australia was that they thought they didn’t need to adjust their offerings.

Australia has a rich coffee culture, where local cafe menus are dominated by complex coffee drinks as opposed to the basic offerings found in Starbucks stores.

In addition to the basic drinks on Starbucks’ menus, they also have many sugary drinks, which Australians also aren’t particularly fond of.

Not only did Starbucks fail to tailor their menu to fit the preferences of the Australian coffee consumer, they also failed to alter the physical stores to fit Australia’s idea of what a coffee shop should look like.

Australians see their cafes as a meeting place to talk business or to catch up with friends. The actual coffee is seen as more of a bonus to meeting there. So, cafes in Australia offer a place to socialize and drink coffee. Meanwhile, a Starbucks shop treats the coffee as the main offering, where you can get your drink and then head out as you start your day.

It’s tourists who are visiting Australia.

Instead of having locations in various cities and suburbs throughout the continent, they are focusing on major tourist cities. The idea here is that these tourists are looking for something familiar while in a foreign city, and there are few brands that are more well-known than Starbucks.

Coors’ Messaging is Lost in Translation in Spain

Coors is a very successful American beer manufacturer. But, they made an all-too-common mistake when it came to launching their “Turn it Loose” campaign in Spain — not double-checking a slogan’s translation before going to market.

When translated into Spanish, their tagline was interpreted as a common expression that means “suffer from diarrhea.” So, not great.

While this isn’t as big of a failure as the previous case studies, and Coors maintains a strong presence in the Spanish market, it is a lesson in the importance of tailoring your marketing message to fit new consumers, and their language and cultural terms, when in an international market.

You can find plenty of examples of other companies who have made mistakes in marketing to foreign markets, and there will certainly be more messaging mishaps in the future.

Takeaways: How to Avoid These Mistakes For Your International Expansions

To ensure that your company doesn’t fall victim to an international marketing blunder, there are a few things you should do prior to setting up shop in a new country, region, or even state.

First, do the research. ou most likely conducted market research in your current markets and target audience, you will also need to go through the same process in new markets before expanding. It’s important to first establish whether or not there is an opportunity in that international market prior to entering.

In addition, you have to zero in on the consumer preferences of the new target audience. What type of products they like, what their hobbies are, what flavors they prefer, and simply whether or not your offering will be valuable to them.

When it comes to marketing, it is not effective to  simply assume you can take current campaigns and apply them without alteration in other areas of the world. People differ from city to city, country to country, and continent to continent.

How MediaBeacon Can Make Your International Expansions Easier

Some of a business’s most powerful marketing tools are the digital assets that have been created to resonate with their audience.

When operating in multiple countries, you also have employees who are scattered throughout the world but all need access to the same assets. For example, if you’re rolling out a new product in multiple markets, the assets revolved around that product (such as photos of it) needs to be accessible to all your teams — including those abroad.

Other assets that your marketing teams, both domestic and abroad, need easy access to are your logo, typography, images, and more.

MediaBeacon is all about delivering the correct content and assets to the correct people, no matter where they are working. It also gives your teams access to original assets so that they can quickly alter them to attract a new market while remaining consistent with the international brand.

For countries that require different assets, you can carefully label and tag those specific assets so that the wrong ones don’t get used (you know, so you can avoid accidentally having types of digestive issues inserted into your taglines).

Contact MediaBeacon today to learn more about how digital asset management can help you thrive abroad!